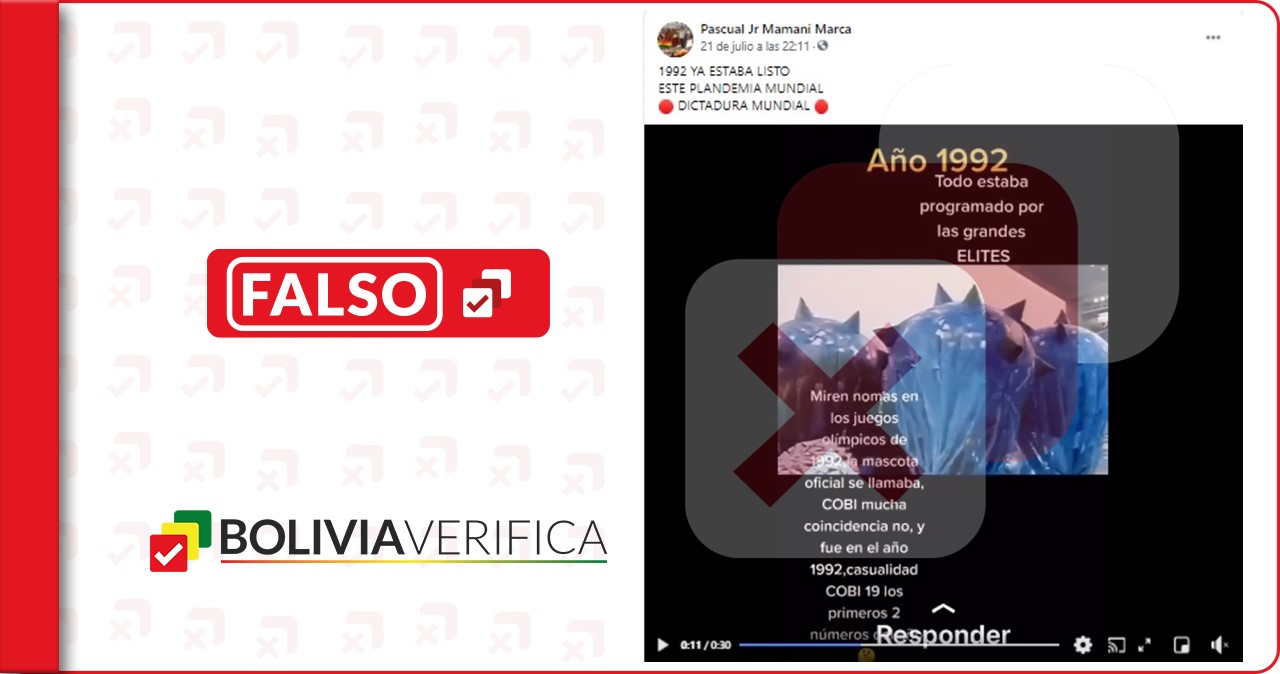 A presentation that mixes Greek mythology and part of Spanish culture is used to ensure that the coronavirus was already “planned”. The video is spread on Facebook pages in La Paz and Santa Cruz. The version is based on material taken out of context

A video posted on 22 July on Facebook profile Pascual Jr. Mamani Mark indicates that the coronavirus pandemic was already scheduled since 1992. At the same time it is indicated that the official mascot of the Olympic Games that were held in that year was called “Cobi”, very similar to COVID-19. This statement is one of many conspiracy theories and is considered false, here's why.

The hard audiovisual 30 seconds and contains images of people fighting barbed-up spheres. Next, you can see these images.

In addition to the images also superimposes this text:

According to this theory, if we put the first two digits of the year 1992 next to the name of the mascot of the Olympic Games we have “Cobi 19”, very similar to the name of the virus causing the current pandemic. In addition, it is indicated that the spherical figures with spikes would represent the coronavirus.

Next, we show you why this theory is false.

It is the official mascot of the Summer Olympics 1992 which were held in the city of Barcelona- Spain.

Cobi has no spiked spherical figure, this Olympic mascot represents a dog and its name has no relation to COVID-19, on the contrary, comes from the Organizing Committee of the Barcelona Olympics (COOB).

The images of the video in question were extracted from the opening ceremony of the Olympic Games of 1992 and can be seen from the minute 44:30 from the following video.

What do these images represent?

The doctoral thesis "Ritual communication. The case of the opening ceremony of the Barcelona Olympic Games 92" prepared by Marta Ribot Blázquez of the Faculty of Communication and International Relations Blanquerna Universitat Ramon Llull de Barcelona, explains the following:

“A metal ingot crashes into the sea, inside it appears a ship with men willing to sail, nomads who are heading to their destination and who gradually evolve. The ship is on its way firmly, harmony, supported by the human group, culture and technology, all are protected by the spirit of Hercules.

but, in the middle of the journey the god Neptune does not facilitate navigation and immense monsters and powerful evils put the ship at risk. Men fight evil but, lose the battle, the boat is split into three pieces, the survivors ask the gods for help and Hercules hears their call, with luminous rays it guides them to a safe place and calm returns to the sea”.

Ribot assures that the staging represents the birth of Barcelona and that it is closely related to the culture of that Catalan region. None of the 327 pages of the academic work described point out that the opening ceremony of the Olympic Games of 1992 have something to do with a pandemic. If you want to read the doctoral thesis click here.

It belongs to Pascual Mamani, according to his profile he is located in the city of La Paz, but constantly performs live streams from the Plan 3.000 of Santa Cruz. Mamani also has another Facebook account called Journalist Yo Pascual in Bolivia, both sites share false facts about politics and conspiracy theories about the coronavirus.

Bolivia Verifies denied on different occasions fake versions that were published on these sites. If you want to know about it click on the following titles:

Food can have an impact on the coronavirus 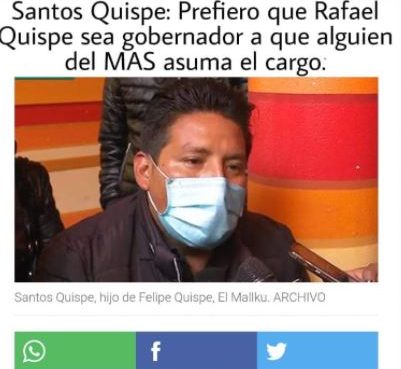