What do we know about Venezuela's anti-terrorism law?? – Bolivia Verifies Skip to navigation Skip to content 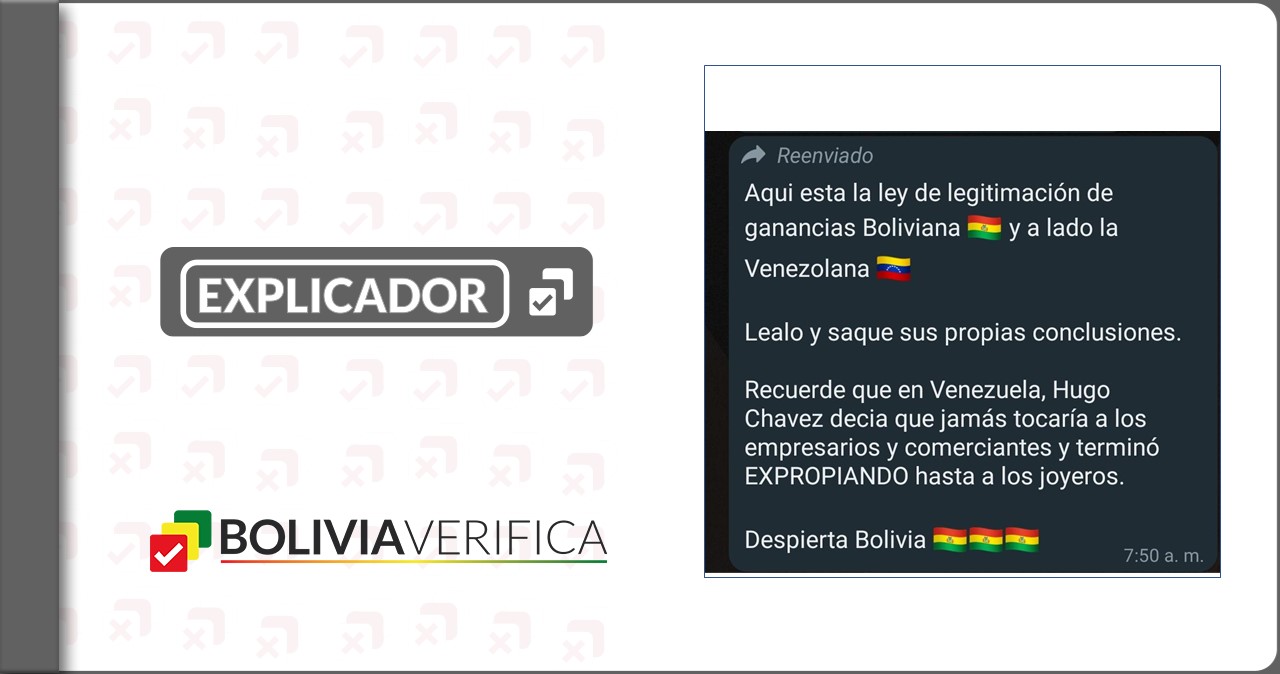 A message that compares the bill Against the Legitimization of Illicit Profits with a Venezuelan regulation went viral on social networks. Here we explain some coincidences that we found.

Before the controversial project of the Law Against the Legitimization of Illicit Proceeds, began to circulate through WhatsApp an alleged alert about the similarity of this regulation with a law of Venezuela.

The journalist of the Venezuelan information verification portal "Es Paja", Victor Amaya, clarified to Bolivia Verifica that the regulations referred to were approved in his country last year 2012, when Diosdado Cabello presided over the parliament. That Act remains in force and has not been amended..

"Chavismo defended it as a norm to attack human trafficking., organs and weapons. The opposition at the time denounced that it was a matter of limiting the activities of the dissidents by the prerogatives to intercept personal communications., emails and bank mobilizations in certain cases, as the instrument says", Explained. He added that it was used in several cases as an argument and support for accusations against opponents., imprisoned and turned into political prisoners following accusations of “money laundering”.

Amaya pointed out that in January of this year a resolution was issued from the Government of Nicolás Maduro, ordering a search with the National Office Against Organized Crime, an instance that is in the law of 2012. This was criticized and denounced for signifying control over the activities of NGOs and civil society..

The modification can be seen here. He added that expropriations in Venezuela (which is pointed out when talking about implications that the Bolivian norm could have), occurred with greater recidivism in 2010 when that law did not yet exist.

but, What do we know about Venezuelan law??, Does it look like the one you want to approve in Bolivia??

The Venezuelan parliament approved the 31 of January of 2012, the "Organic Law against Organized Crime and Financing of Terrorism", which aims to generate actions to prevent the crimes indicated. By comparing this object with the draft law of Bolivia "Against the Legitimation of Illicit Proceeds", we see that there is the similarity that both seek to generate actions against the Financing of Terrorism, this you can see below: 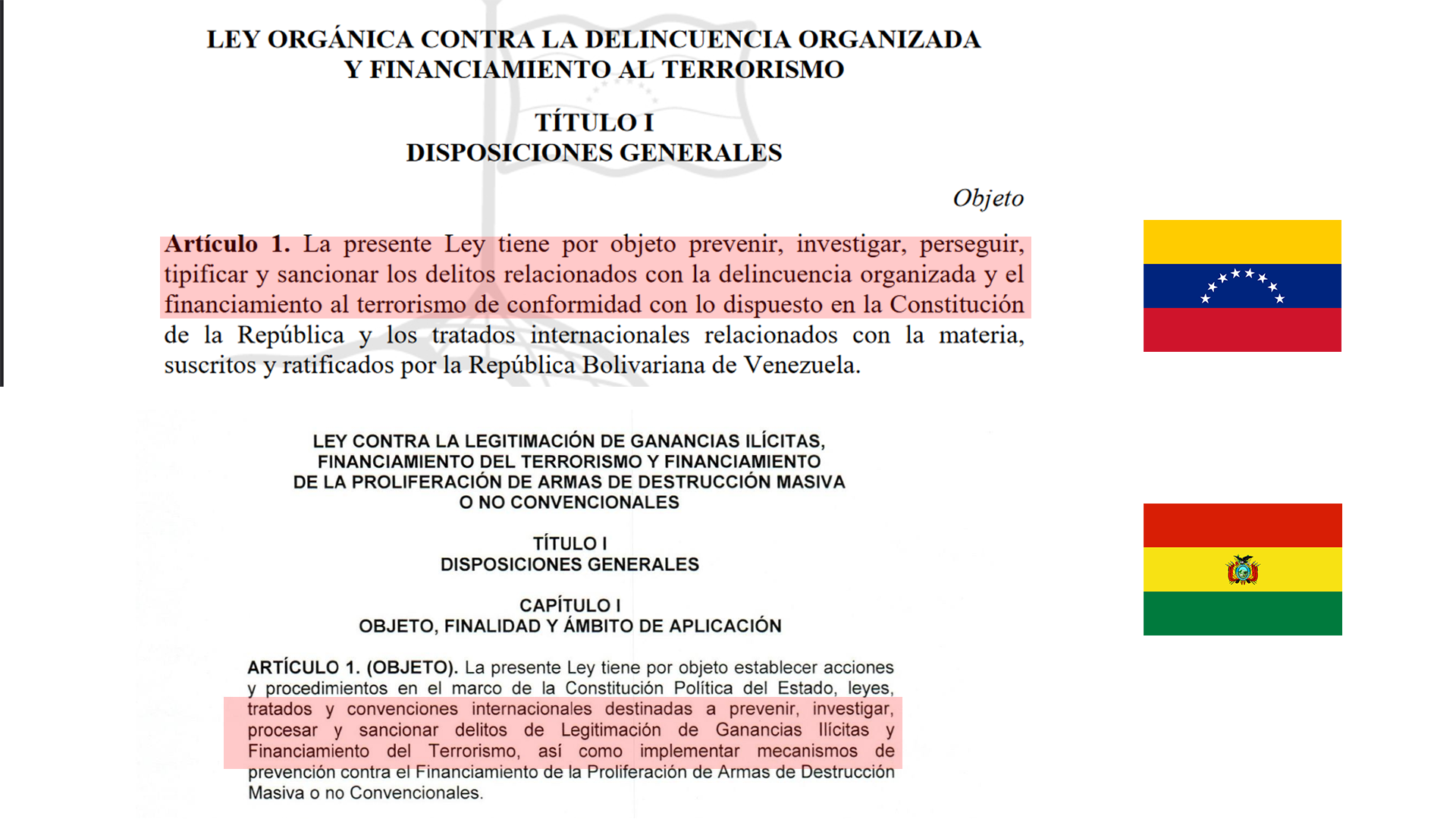 On the other hand, we found a match in the scope of application, since both occur in natural and legal persons, and public and private institutions. This is noted here.:

On the other hand, it can be seen that the instance of the Financial Investigation Unit (FIU) in Bolivia, coincides in terms of competences with the National Financial Intelligence Unit of Venezuela (UNIF) in Venezuela. Both institutions have the competence to access banking information, personal communications and other data to conduct investigations related to legitimization of illicit profits and financing of terrorism. Next, you can see this observation in both legislations:

Another aspect that could be seen is that in both regulations there is the concept of "obligated subjects", that is, every natural person, legal and institutions that must provide data to the instances of the FIU in the case of Bolivia, and UNIF of Venezuela. Here we present the comparison.

While these regulations have several similarities, they also have some differences. In the case of regulations Venezuelan economic sanctions are established, while in the Bolivian that aspect is not yet defined, since the Law is still in treatment.

Here we leave you both regulations so you can review them in full:

What does the first free same-sex union mean in Bolivia??

Infertility and microchips, the hoaxes that circulated the most about COVID-19 vaccines