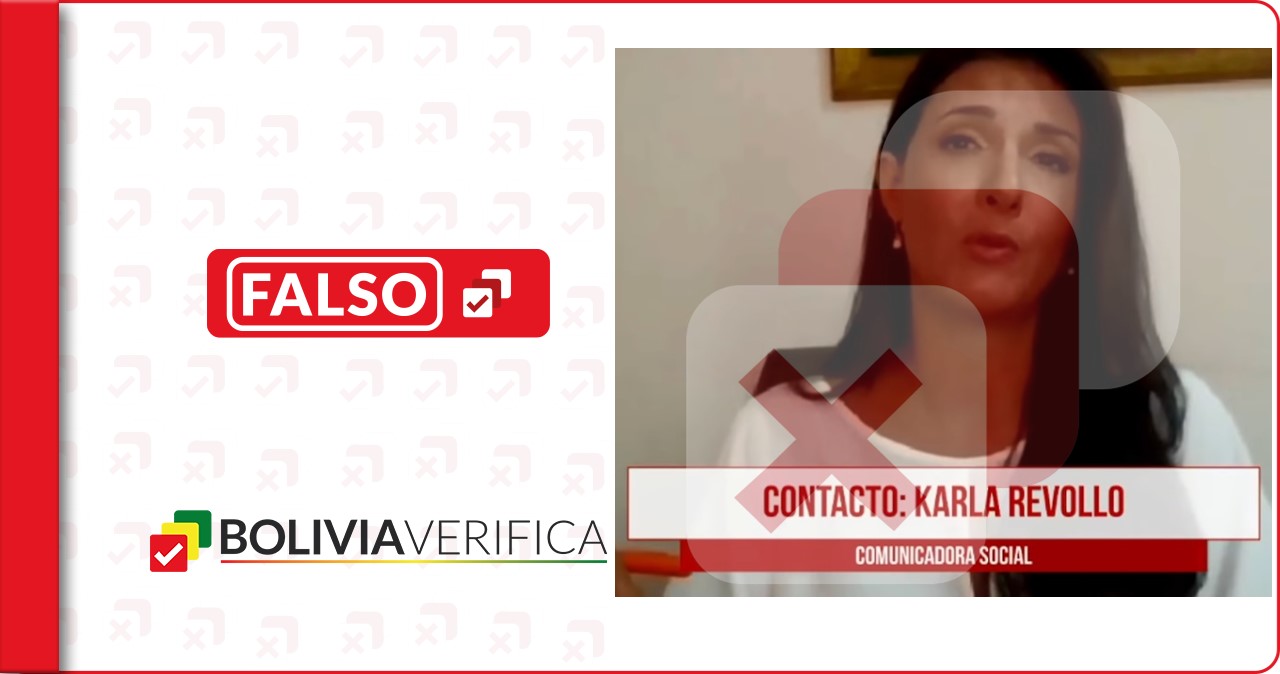 The journalist Karla Revollo warned in an interview of this situation, but the Tarija health authorities denied this point by clarifying that immunization in this department is “Voluntary”

Tv presenter Karla Revollo Escóbar, announced that the heads of the Departmental Health Service of Tarija (headquarters) said they would use the military to enforce COVID-19 vaccination. But there are no records of these statements and they were denied by that institution.. This version of Revollo is considered false.

Revollo was interviewed at noon on 15 September of the 2021 in Radio Companion, where you mentioned the following:

"I am powerfully struck by what authorities, recently, of the Headquarters of Tarija said: ‘we are going to use the military to make vaccination effective at once’. That's already criminal.. (...) The Government will also in due course have to take action on the matter with statements such as those of the Headquarters for example, that they should start using the military to force people.".

These statements can be seen from the minutes 04:40 Y 10:40 from the following video.

The latest statements from Tarija Headquarters and members of the Departmental Emergency Operations Center (Coed) were issued on dates 7, 9 Y 14 september through press conferences.

Bolivia Verifies reviewed the recordings of these events and showed that at no time was it mentioned that the military would be used to make effective the vaccination against the coronavirus.

Consulted on the subject, the representative of the COED and the Secretariat of Human Development of the Tarija Government, Maria Lourdes Vaca Vidaurre, said to Bolivia Verifies that the military is not controlling vaccination posts and called the statements in question as “fake”.

"Es false. No control is being done with the military, or at vaccination sites, or on the streets, I don't know where that came from.. It is a very misinterpretation of the last meeting where we recommend companies and institutions to demand the vaccination certificate from their workers", Vaca said.

Bolivia Verifies also consulted the director of the Tarija Headquarters on the subject in question, Alvaro Justinian, and assured that they would never use force to force people to get vaccinated and that their words were taken out of context..

“(…) There are minutes and there are the recordings. We have never expressed that the military is used for that or for people to be vaccinated.. We have recommended that institutions look for strategies so that their people can access vaccination and wear the card, but it is a recommendation, not a requirement”, said Justinian.

The COED de Tarija also recommended that public institutions and private companies require the vaccination certificate from their employees to motivate those who were not immunized to attending the respective centres.

To ask you about your statements, Bolivia Verifies Karla Revollo contacted, but until the closing of this note we did not get a response.

According to the Sedes, to the 16 September 2021, in the department of Tarija there was 388.223 vaccinated people. To date 67% of the vaccinated population in Tarija received the first dose and the 53% completed the vaccination schedule with the second dose.