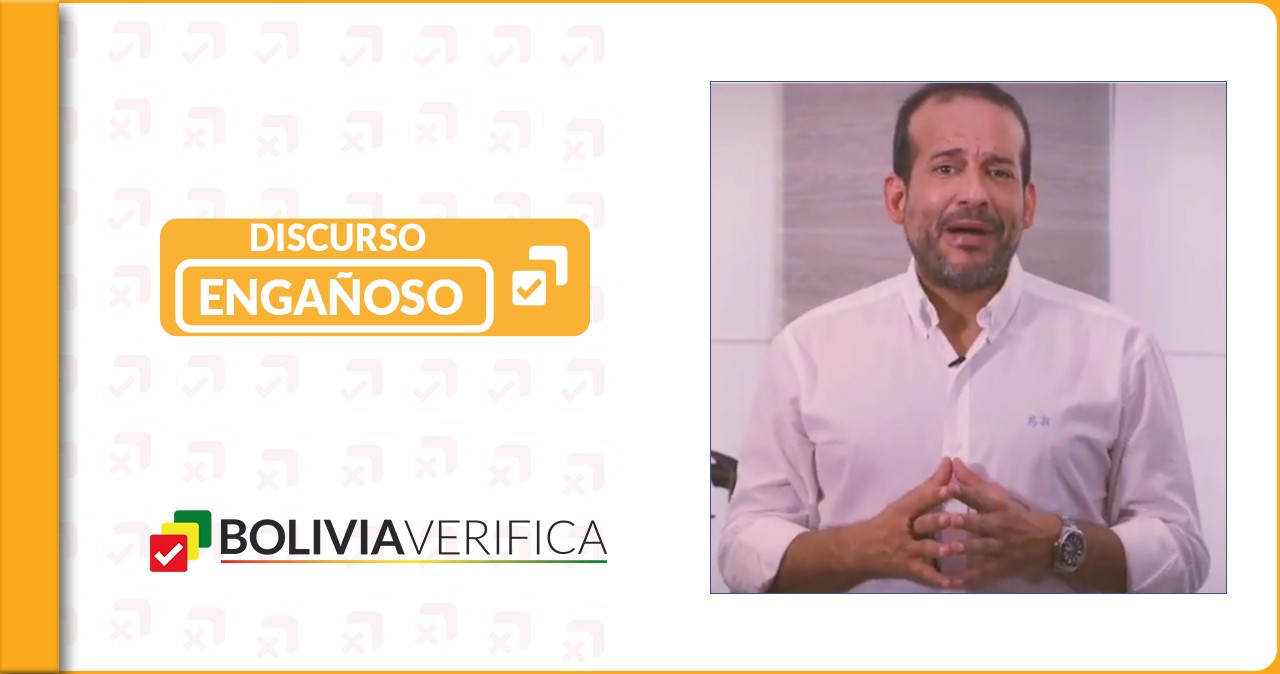 The Governor of Santa Cruz, who promised that all Cruceños would be vaccinated until this 24 September, took a video referring to the issue but incurred in issuing two misleading data on the vaccination situation in the department

During the electoral campaign in search of the seat of the Governorship of Santa Cruz, Luis Fernando Camacho said he would buy 3 millions of vaccines so that up to the 24 September of this year, all cruceños are vaccinated against the coronavirus. Two days before the announced deadline is met and without having yet specified the goal, Camacho released a video in which he referred to the department's vaccination process but made two misleading claims..

deceitful: Santa Cruz applied more doses but is not the leading department in vaccination

In the second 40 of the audiovisual, the governor of Santa Cruz said “Santa Cruz is the leading department in vaccination”. The data is misleading. While Santa Cruz is the department where more vaccines were applied against COVID-19, is not the “leader” in vaccination coverage in relation to its population, because it is below Tarija that has already managed to immunize the 68% of its population vaccinated with at least one dose and 55% fully vaccinated (figures higher than the cruceñas), according to the report of the 22 September from the Ministry of Health.

deceitful: “We are in the last stage of reaching what scientists call herd immunity.”

The governor also stated that the department of Santa Cruz is close to the “herd immunity” with the application of first dose and single dose to the 60% of your vaccinatable population.

While the figure of the application of first dose and single dose is true, proximity to herd immunity, is an affirmation Misleading, because according to the Pan American Health Organization (Paho) there is no absolute certainty about the real percentage of the vaccinated population needed to reach herd immunity since there are models that propose a minimum of 70% while others raise a 90% considering the presence of variants of the coronavirus. In addition, it should be taken into account that immunization must be complete scheme, I mean, first and second doses. Situation that has not yet been registered in Santa Cruz.

Reviewing the figures of the Departmental Service of Santa Cruz (headquarters), only the 43% of the adult population, has a complete vaccination schedule, a figure lower than the minimum established in the herd immunity models, which is 70%. 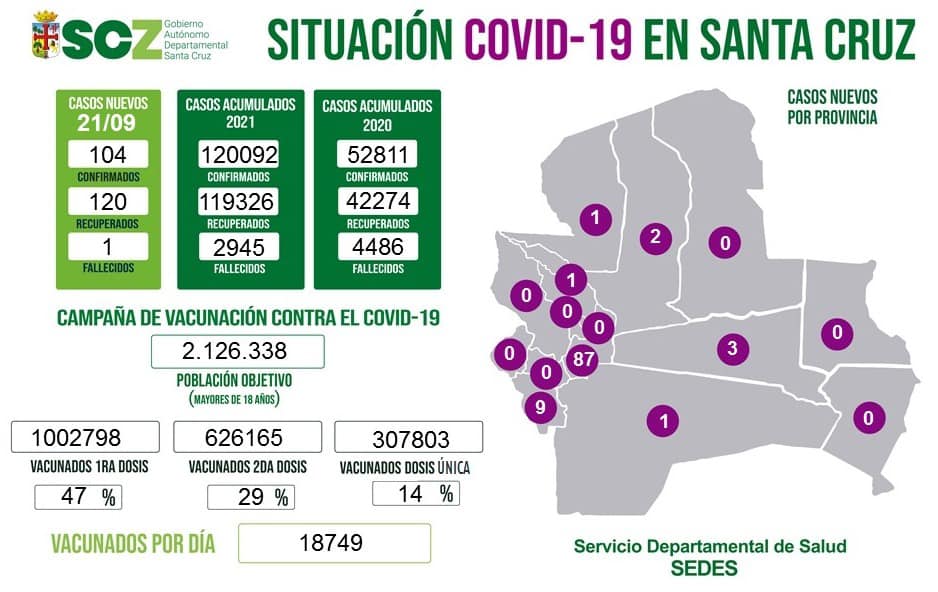 In the portal of Pen Immunization Monitoring, it can be seen that Santa Cruz managed to vaccinate until the 20 of September with full scheme to 46% of the vaccinatable population, I mean, 24% less than a possible "herd immunity".

In the press conference of the 4 August of the Pan American Health Organization (Paho), the deputy director of this body, Jarbas Barbosa, responded to Bolivia Verifica about the doubt that arises from the percentage of herd immunity, indicating that you do not have an accurate data so far.

"The thing about COVID-19 is that there is still no strong and definitive evidence on what vaccination coverage could be achieved to fully control transmission.. Some models talked about the 70%, others of the 80%, now with the new variants and for some characteristics of the vaccines that are used there is even talk of a 90% " (Minute 25:54).

Bolivia Verifica contacted the head of Communication of the Government of Santa Cruz, Mauricio Melgar, who responded that the figure issued by Camacho was based on the data of the Departmental Health Service and that they consider that when applying only a first dose to the 63% of the population approach immunity.

“Starting from 0 and reach those figures, we interpret it as being close, or get closer… The definition of the Royal Academy of Language defines approaching as ‘put near or at a shorter distance'”, explained the official.

About the same query, the Secretary of Health of the Santa Cruz Government, Fernando Pacheco, confirmed that herd immunity must indeed be counted on two doses and that at this time only the 43% of the vaccinatable population. He also said that the percentage of immunity is “relative”.

“The term immunity is not strictly associated with the percentage, that's a relative thing, because it's not just about vaccines, but by the number of people infected with the virus. If in Santa Cruz we are three million inhabitants and the 70% of the population is infected, it could also be herd immunity without a vaccine, then the subject is very relative", Explained.

On the same point, Bolivia Verifica contacted the head of Epidemiology of Sedes Cochabamba, Rubén Castillo who clarified that the 70% initial talked about to achieve herd immunity, is in relation to the “total population“.

The percentages shown by the governor of Santa Cruz are based on the vaccineable population, that takes into account only people over the age of 18 years.

Castillo said., in accordance with who issues, that for herd immunity we speak of even a 90% of vaccinated population. He ruled out that Santa Cruz is close to achieving herd immunity and that saying that only generates a “false security” in the population, causing fewer people to choose to get vaccinated.

The United Nations (UN) reported in May 2021, What no country achieved herd immunity until that time.

meanwhile, the scientific director of the Society of Infectology of the Federal District of Brazil, Jose David Urbaez told EFE news agency, What “achieving herd immunity takes more or less time, depending on the speed of vaccination. then, at the current pace, that will happen at the end of 2022 or early 2023".

WHO, Refers that is “Unknown” certainly an exact percentage to achieve herd immunity, since "determining this ratio is a fundamental research topic and different conclusions may be reached depending on the community under study, the vaccine that has been used, demographic groups and other factors".

Nine keys to the COVID-19 capsule available in Bolivia

In Bolivia they do not ask for the "CURP" to vaccinate against the coronavirus, is a chain in Mexico.