State Attorney, how is it chosen and what are its functions? – Bolivia Verifies Skip to navigation Skip to content 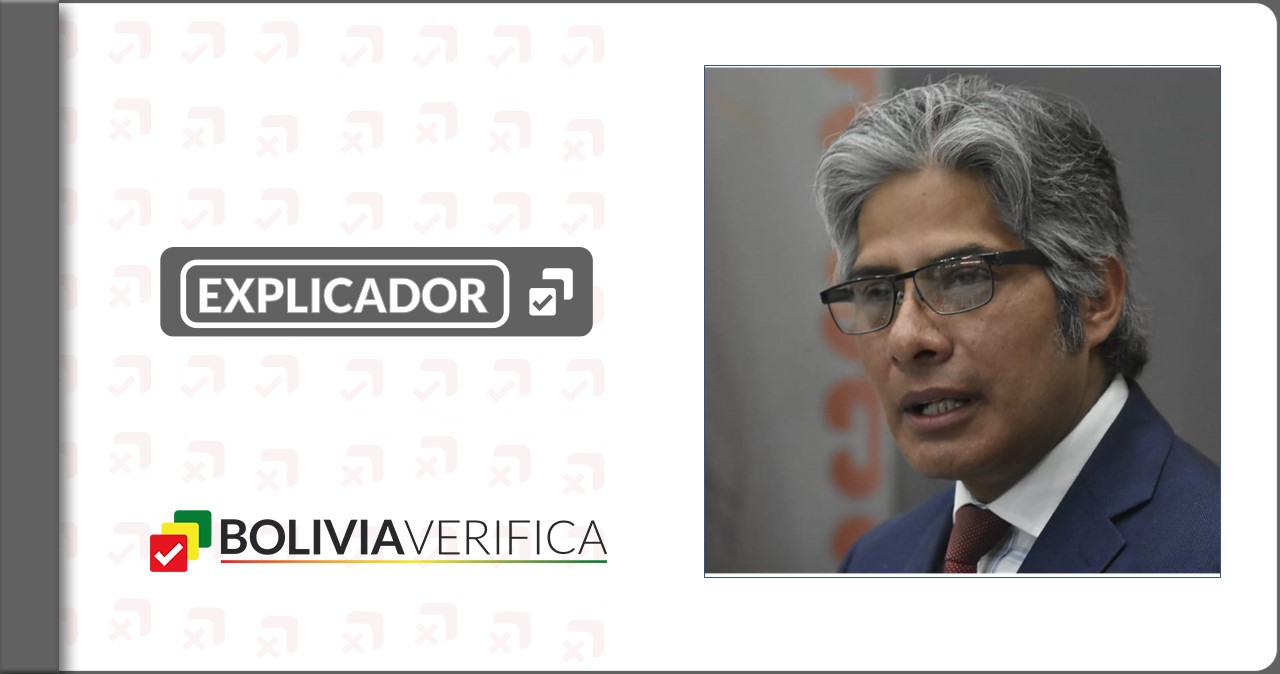 Faced with the division of positions on whether or not there was electoral fraud in the year 2019, the Attorney General of the State, Wilfredo Chavez, told the public that he will review the minutes of the general elections of that administration in order to put an end to the discussion. In front of this announcement, several doubts arose regarding the powers that the figure of the procurator has.

How is the Attorney General elected??

The election of the prosecutor through the president generated debate among the ranks of the opposition and the ruling party.. The Deputy of Citizen Community, George Komadina suggested that "for the Attorney General's Office to be an impartial and efficient entity, it will be necessary to reform the Political Constitution, since the appointment of the prosecutor should not be in the hands of the President of the State, but should be appointed by 2/3 of the Legislative Assembly to ensure an impartial function".

On this point, the constitutional lawyer, Rafael Subieta said that Bolivia is experiencing a process of fragile institutions and easy interference, so at your discretion “it is appropriate that the appointment is not made directly by the President of the State, but undergo a merit-based selection process. The same it is required that the control and supervision be carried out by a body that has adequate composition between the ruling party and the opposition., to avoid the political use of the institution and the diversion of power“, Said.

meanwhile, the official deputy, Olivia Guachalla, qualified as the appointment of the procurator by the president of the State is appropriate, since the objective of that office is precisely to protect the State.. Guachalla noted that “if there is a need to modify the form of designation, social organizations should be listened to to see if it is really necessary”.

What are the functions of the procurator ?

the Law on the Attorney General's Office (2010), in your article 11 states that the procurator is the "legal representative of the State in the defense of rights", interests and heritage of Bolivia, within the framework of the powers conferred on it by the Political Constitution of the State and this Law (...) without the need for an express mandate in judicial proceedings, Extrajudicial, Conciliation, arbitral and administrative proceedings within the scope of its competence, all within the restrictions established by law".

likewise, said legislation in its article 18, Points 16 specific functions to be assumed by the procurator:

As seen, in none of the articles is the task of reviewing electoral processes detailed in a textual way. About this, the constitutional lawyer, Rafael Subieta explained to Bolivia Verifica that “there are no constitutional powers, nor legal that empower the Attorney General or the institution he represents to carry out reviews of electoral records or to exercise investigative powers, audit or verification acts in electoral matters”.

Subieta clarified that the defense made by the prosecutor is with “relation to the State as a whole and not in relation to its rulers – past or present- or specific public servants” and explained that the investigative function of possible crimes corresponds to the Public Ministry, while aspects of an electoral nature correspond to the Plurinational Electoral Body.

For its part, the official deputy, Olivia Guachalla told Bolivia Verifica that she believes that the review of electoral processes does correspond to the task of the Attorney General since it responds to the defense of the State. “Within what is the defense of the State, it is up to it as a public authority to clarify facts of injustice and irregularities in the country”, said the parliamentarian.

about that, the deputy of Citizen Community, George Komadina, pointed out that in his opinion such a task escapes the functions assigned to it by the Political Constitution of the State.. "In relation to Wilfredo's performance there are two observations: first, it has totally distorted its function of legal representation to the interests of the State., invading competences and attributions that do not correspond to it as those that have to do with the electoral field, that the Supreme Electoral Tribunal sees it and in second place, the current prosecutor is a militant and political operator of the Government", affirmed the authority.

If you want to know more about the structure within the Attorney General's Office or about the legal framework on which its work is carried out, you can check the official portal by clicking here.

Carlos Mesa does not propose to abolish bonds or privatize companies, this video is manipulated

Diets, showers and vaccinations, what can and can't be done after getting vaccinated