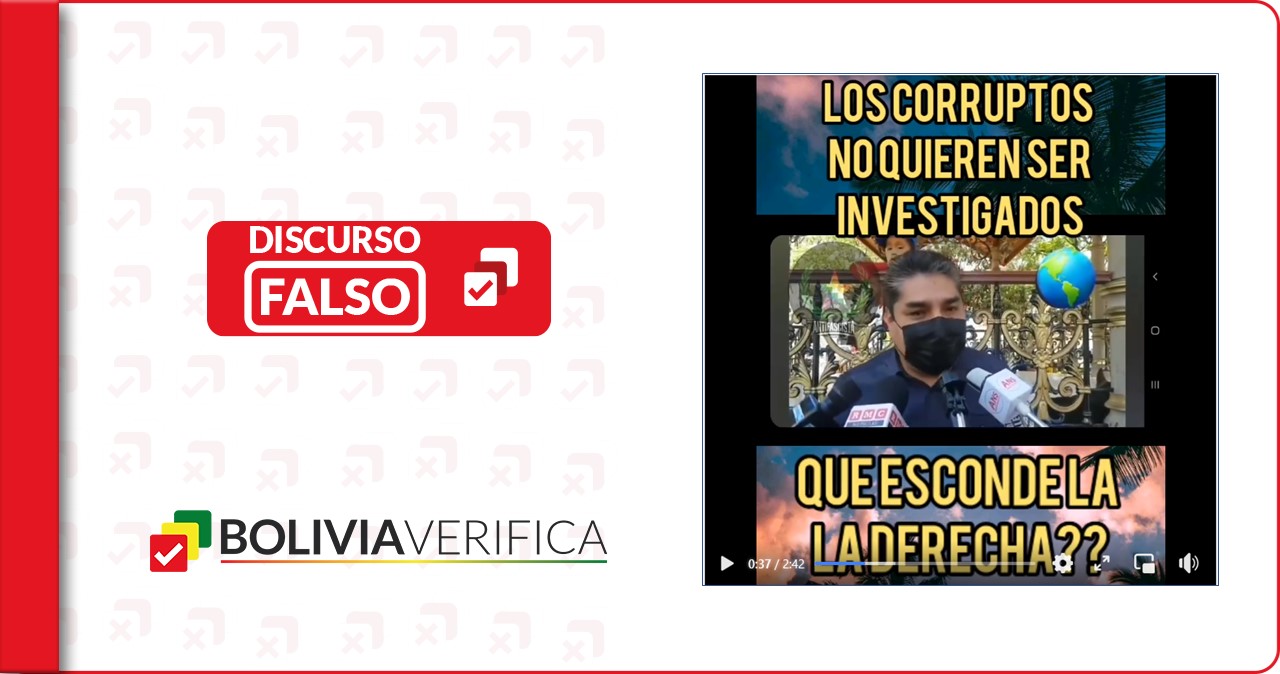 The regulations together with their annex exceed fifty pages, contrary to what José Yucra of the MAS indicates

On Facebook, a video went viral in which the Tarija assemblyman of the Movement to Socialism went viral (but), Jose Yucra Paredes, states that the Law 1386 only has “two sheets” and deals with the fight against the legitimization of illicit profits. However, this version is false, because the regulations 1386 approves the "National Strategy to Combat the Legitimization of Illicit Proceeds and the Financing of Terrorism" (1386/2021), a document consisting of 53 Pages.

What did Yucra say about the Law??

In an audiovisual that was published on Facebook, by the personal account of David Gemio, Yucra told the Tarija press the following:

"This Law 1386, it's just two sheets (...) and this law what does it say?? is the law against the legitimization of illicit proceeds and terrorism, knows that here in Tarija millionaires have appeared overnight with the coup d'état, those people who have made their fortune illicitly are going to be the ones who are going to be investigated.".

In your speech, Yucra criticized that during the government of former President Jeanine Añez Chávez, no accountability for donations received from abroad. The following texts are added to the video: “The corrupt don't want to be investigated” Y “what is hidden by the right?”.

This video was shared at least 800 times and can be seen below:

the law 1386 was promulgated on 16 August 2021 and is pointed out as the "mother" of other normative projects, among them the 218. the law 1386 aims at the approval of the “Strategy to Combat the Legitimization of Illicit Proceeds and the Financing of Terrorism”. I mean, the norm marks the general lines of action and objectives to be fulfilled to prevent the prevention of the legitimization of illicit profits.

This regulation, establishes that the Financial Investigation Unit (FIU) will be responsible for monitoring the implementation of the strategy drawn up (article 4) and that the National Customs will exercise the powers to carry out the control of internment, physical exit of money and negotiable instruments with the power to impose sanctions on those who do not submit the affidavit.

I mean, to understand the strategy to combat the legitimization of illicit profits, the annex should be read where it is detailed.

What is the regulation about? 1386 and why it is requested to be repealed?

Bolivia Verifica tried to contact the Tarija assemblyman, to consult the reason why he assured that the regulations 1386 has only two pages, when the complete document (next to the approved strategy) exceeds fifty pages. However, after repeated calls, no response was obtained.

Yucra is part of the MAS caucus in the Departmental Assembly of Tarija. 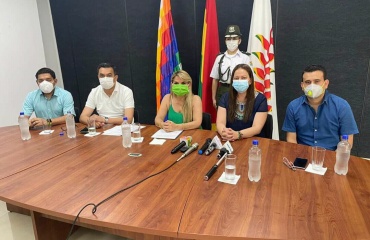 Roof of Beni Cathedral will not use resources from Adecine

No, Unitel did not report that any planes carrying oxygen had been stoned