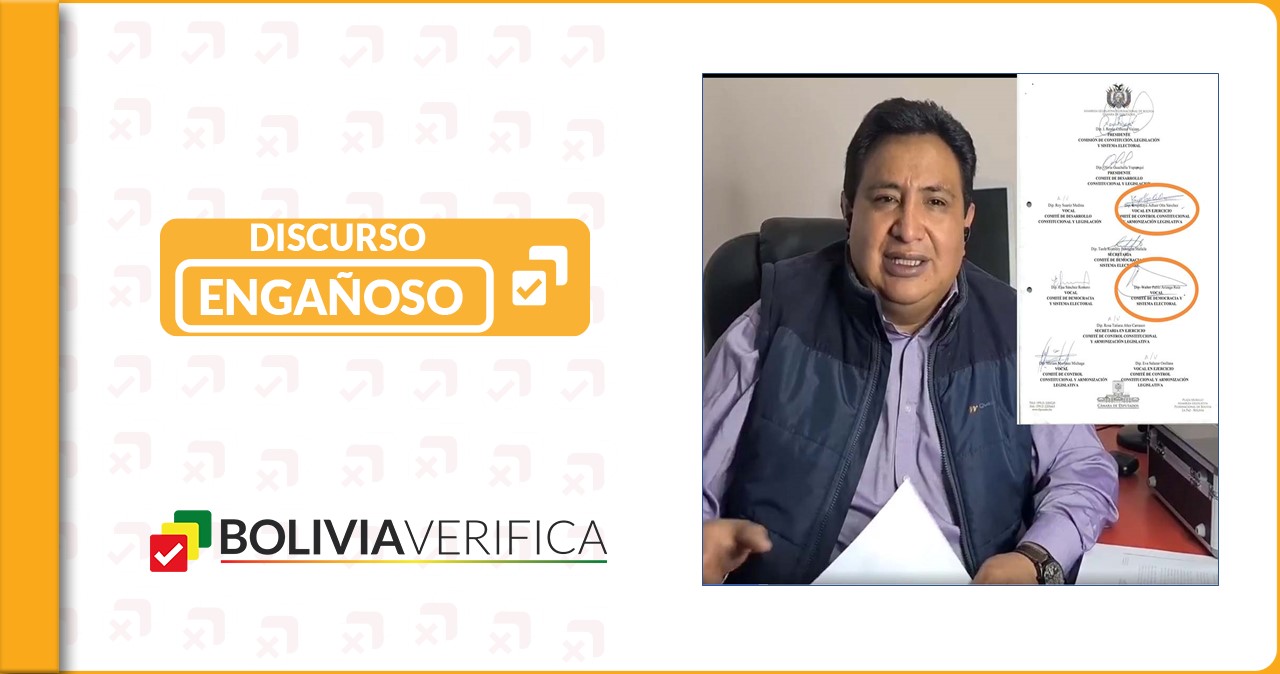 The former deputy of Democratic Unity (You) Hamilcar Barral, through your personal Facebook account, said this 21 of October that two opposition parliamentarians (Citizen Community), "passed" the Law of 1386 (Strategy to Fight against the Legitimization of Profits) in the Constitution Commission.

As related by Barral, the deputies Krupskaya Oña and Walter Arizaga gave their approval to the committee report that led to the regulations to the plenary of the hemicycle.

We reviewed the documents and contacted various sources to verify this statement and concluded that it is a misleading version., not having enough evidence.

Next, we tell you the details:

What did former deputy Amilcar Barral say and what evidence did he show??

Through their social networks to argue their statement, Barral published the final part of the report of the Constitution Commission, Legislation and Electoral System where the signatures of the deputies mentioned above appear.

He also shared a screenshot of the enacted law where the signature of Deputy Walter Villagra appears. (cc), both documents can be seen below:

What do they say from the General Secretariat of the Assembly??

We consulted the General Secretariat of the Plurinational Legislative Assembly to know if the rubrics in the commission report are signs of the approval of a regulation.

The Head of the Unit of the First Secretariat, Ruben Aguilar, responded that attendance lists are drawn up at each session, indicating that they were, “but at no time is reference made to whether they voted for or against.", Clarifies.

He added that there is only a record of people who voted for or against in the plenary session of the hemicycle., if it was of a nominal type, I mean, naming each voter.

If so, this document can be requested by means of a note to the Secretariat. In this case, the vote was of the "acclamation" type, that is, that only the votes for and against were counted, and there is no record of the names of voters.

The technician of the General Secretariat, Heney Holm Oaks, adds that "the rubric of a report -of commission- does not mean that they are in favor, “it should not be forgotten that this rather occurs after a previous vote (when considering the articles of the law)".

Encinas said that in some cases, dissents are recorded and others are not, but pointing that out is not a requirement.

The technician ruled out that the signature of Deputy Walter Villagra in the enacted law evidences the approval of the regulations. "It's not a go-ahead., but the agreement that this law was indeed sanctioned by the Assembly, how to say, I can attest that this was approved by the majority of the assemblymen.", Said.

What happened in the committee session where the Act was discussed? 1386?

Bolivia Verifies acceded to the minutes of the session number 15 of the Constitution Commission, Legislation and Electoral System of the 7 April 2021, when the draft law of National Strategy to Combat the Legitimization of Illicit Proceeds.

In the document, the interventions of the deputies Oña and Arízaga are identified, calling for amendments to the law.

When starting the reading of the regulations, Oña proposed in the article one that says:

"The purpose of this law is to approve the National Strategy to Combat the Legitimization of Illicit Proceeds and the Financing of Terrorism" and to conclude by saying "complying with constitutional guarantees".

However, the proposal was rejected, because he only had the support of Oña and Arízaga, as you can see below:

The other articles were approved by a majority according to the document., but it is not detailed who voted for and against, so it cannot be inferred in which legislators supported the regulation. You can see the full minutes here.

Deputy José Ormachea, through your personal Facebook account, rejected Barral's statements, told Bolivia Verifica that "through the interventions you can see that they have opposed in the detail of the norm, both Deputy Oña, like Arízaga".

We also contacted Deputy Walter Arízaga to know his version of what Barral said.

"The vote in the plenary was by acclamation and all of us from the Citizen Community have voted against, and in session we have made it known that we were not in favor", Added.

Arízaga and Oña denied yesterday at a press conference the accusation of Barral and ruled out that at any time they have approved the Law 1386. This is seen below.

Bolivia Verifica spoke with Barral to know the source on which he relied to affirm that opposition deputies voted in favor of the Law 1386.

Barral responded to Bolivia Verifica that in other bills such as the 218 and the 108 , the opposition deputies did record their dissent.

"The report -of commission- you approve it with your signature and that goes to plenary. In the plenary that report is put into consideration and if it is seen in the law 218, that several deputies put dissidents, even meeting virtually, then, if you disagree, you have to put dissident".

When reviewing the documents submitted by Barral, indeed there are clarifications of "dissidents". However, as reviewed in minutes and testimonies of the General Secretariat, the rubric with the approval vote is not binding.

In the case of the treatment of this regulation, there is no nominal record of who voted for or against, because his consideration was by acclamation.

In the same vein, in the minutes of its treatment in committee, nor is the names of deputies who were for or against detailed, but if the interventions where the deputies expressed their intention to modify the regulations are recorded. 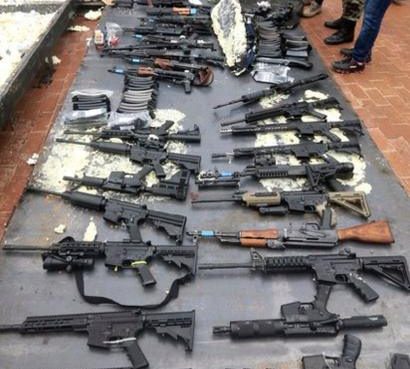 When was Morales' image recorded with a gun?