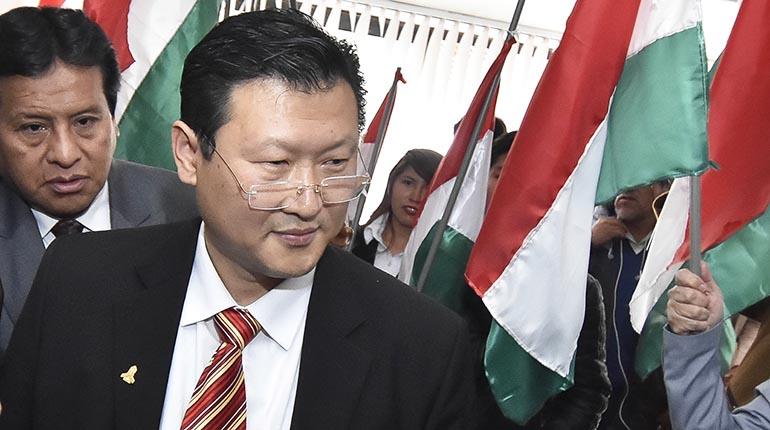 The Christian Democratic Party (PDC) reported that the former presidential candidate for his party, Chi Hyun Chung, will no longer be taken into account for the next National Elections of 2020. this, according to the PDC directive, because Hyun had meetings with other political groups after the 20 October.

“He has been a person who has not respected the structure of the PDC. He, as soon as the Elections ended, I already wanted to go negotiate with Carlos Mesa, there was hardly an invitation from Evo Morales and he has lent himself to go on behalf of the PDC. He has met with people from the Revolutionary Nationalist Movement. (MNR), with people from Unidad Cívica Solidaridad (UCS), has been offered to half the world”, declared Victor Hugo Velasco, PDC spokesperson, in the Gigavision network.

For its part, Chi Hyun Chung's spokesperson, Luis Aparicio, confirmed this news and said that the PDC was not serious with the former Bolivian Korean candidate. “The PDC is a very informal party. He has been making a series of statements by the representatives they have in Santa Cruz and Cochabamba and do not agree. I think they are going to launch a call and they are going to make some candidate compatible, but Chi has arranged not to”, Aparicio reported to Bolivia Verifica. likewise, said that there is the proposal of five parties for Chi Hyun to be their candidate and within these would be: UCS, MNR, Pan Bol and even Nationalist Democratic Action.

Villegas found irregularities in the electoral process, but found no fraud